That all men are created equal~a love letter to women

The connections between and among women are the most feared, the most problematic
and the most potentially transforming on the planet.
(Adrienne Rich) 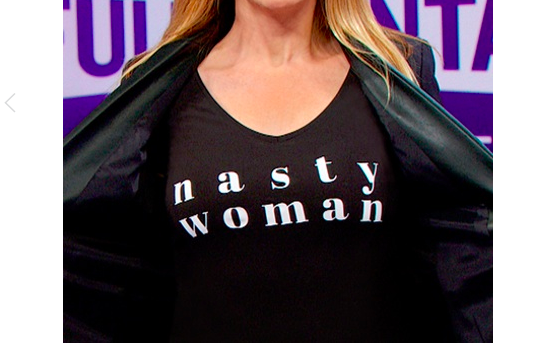 For the longest time, I was able to ignore him, as irrelevant, until he wasn’t.

When he claimed the nomination, I nursed myself through the seven stages of grief, until I reached acceptance.

What I’d like to say to women, particularly to older women who came of age–shamed, ridiculed and denied; and also to younger women–who are just beginning to understand what it is to be female in this society, is this:

You are not his to define!

When the candidate for the highest office of our nation gives voice to misogyny, what is public becomes personal.

Whether it’s the First Lady or a Facebook friend, there is an intimacy and immediacy to our pain–past, present and future:

I can’t stop thinking about this. It has shaken me to the core in a way that I couldn’t have predicted…. I feel it so personally… It hurts…

Something has snapped in me with all of this.

I’m Canadian but Trump’s denigration of women affects me too.

I wish women didn’t have to rip our pasts open & show you everything & let you ogle our pain for you to believe us about predation & trauma.

NOW is enough, not WHAT is enough!

Why aren’t the men standing up?

Women are waking, together, feeling this injustice, together, sensing this violation in our bones, together.

When he says:  “No one has more respect for women than I do,” he is mocking all of us.

I will not laugh like the women on The View when he references Ivanka’s figure and says he’d probably be dating her “if she wasn’t his daughter.”

I will not dismiss it as disgusting or crude when he talks about grabbing a woman’s genitals without consent.

I will not call it creepy or disturbing when he stalks his opponent on the debate floor.

I will not do this, because it is not our feelings, but his behaviors, that need defining:

Even conservatives, who recently fought on national television over who gets to say pussy, understand what’s at stake:

This is bigger than Hillary Clinton. It’s about the culture in our country.

Even The Arizona Republic, a conservative newspaper who supported the GOP nomination for POTUS–for a hundred and twenty-six years–long before women could show up at the ballot box without being assaulted or arrested–not only refuses to endorse him, but gives their endorsement to Hillary Clinton; and they face death threats for doing so.

“Misogyny will play midwife to history,” writes Frank Bruni in the NY Times. “After being treated by Trump as if they’re disposable, women will dispose of him.”

We hold these truths to be self-evident: that all men are created equal; that they are endowed by their Creator with certain inalienable rights; that among these are life, liberty, and the pursuit of happiness.